Welcome to the latest post in my ongoing series “London Station by Station”. On this occasion we feature…

The Metropolitan line’s Uxbridge branch, on which Ickenham is located, opened in 1904. The District line started running services along there in 1910, and these were subsequently switched to the Piccadilly line in the 1930s. Central line services were extended to their current western terminus at West Ruislip in 1948.

The two stations are quite close together (about 10 mins walk apart at surface level) and the largest depot anywhere on the London Underground network also provides track connections between them, as it used by the Piccadilly, Metropolitan (Uxbridge) and Central (West Ruislip) lines. Also, unlike some other interchanges that go unacknowledged (e.g Belsize Park and Gospel Oak) it is not especially difficult to think of journeys where this interchange might be useful (Uxbridge to Hanger Lane is one example). 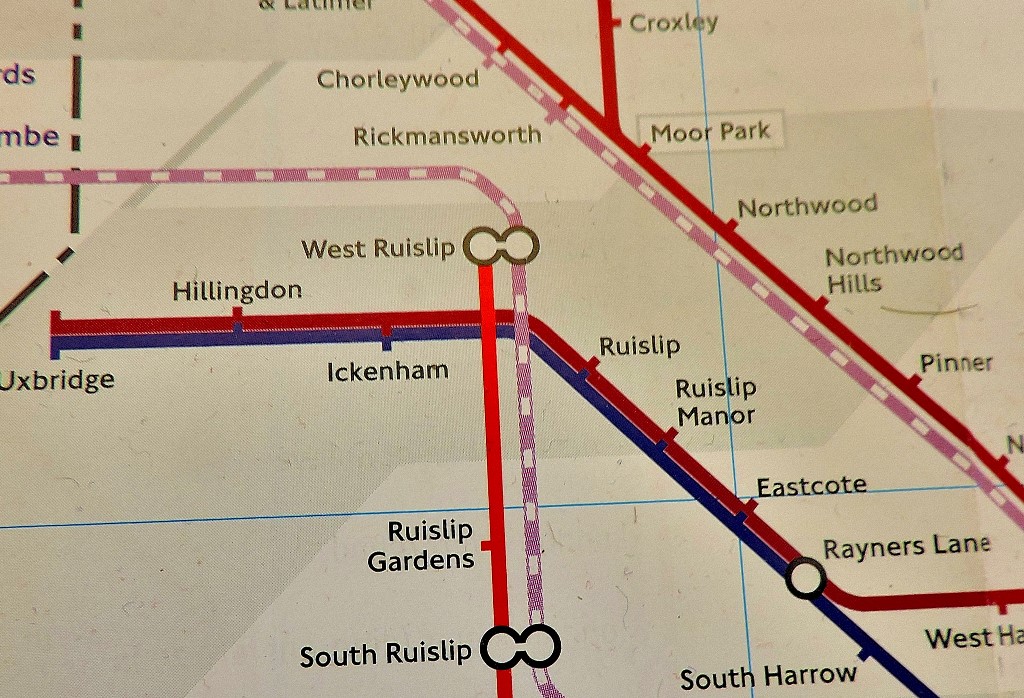