As well as various presents I received a significant amount of cash this Christmas, and one of the things (there is still one more to come) that I bought with this cash was the book “No Need to Ask!”, which I ordered from Stanford’s. This can be thought of as a prequel to “Mr Beck’s Underground Map“, which tells the story of the schematic diagram the came to dominate the public transport world. “No Need to Ask!” (the title comes from the PR campaign around one of the earliest of the maps, which featured a poster of policeman pointing at the map and the caption “no need to ask a p’liceman”.

A TREASURE TROVE OF MAPS

As you might imagine, 68 of years of history and development (1863-1931, when Mr Beck unveiled his diagram) provided a lot of opportunities for map makers. Having set the scene, save for a few final words at the end the rest of this post is going to consist of pictures to give you a feel of the book. 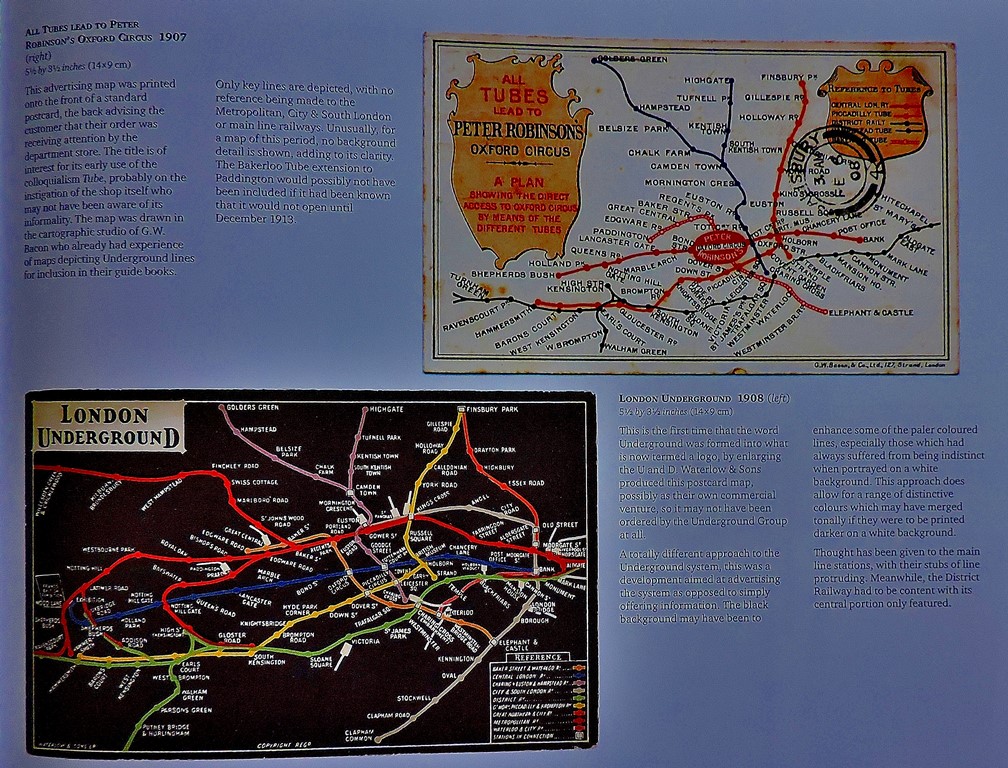 We end this section with a juxtaposition of the last pre-Beck effort, a pure geographical effort of similar vintage and the original Beck diagram…

GETTING HOLD OF THE BOOK

The book can be ordered from Stanfords for £12.95. Delivery charges and times vary according to where in the world you are located – further details available on website.