Welcome to this post about two unremarkable stations.  This post came about because on Wednesday evening I was looking through a Railway Atlas that I had acquired at the auction that my employers were running (for more on this click here) and saw a picture that gave me an idea.

Kenton, nowadays the one stop south of the northern terminus of the Bakerloo line, was first served by that line in 1917, five years after it opened (although the line on which it sits had been in operation since the 1830s), services that far north being suspended in 1982 before being reintroduced in 1984. Northwick Park, on the Metropolitan, though being on a stretch of track built in 1885 did not open for business until 1923, when it was originally called Northwick Park & Kenton before losing the suffix, which is a good place to share some maps as a lead in to the next section…

TIME TO ACKNOWLEDGE
AN INTERCHANGE?

Noting that although showing no features these maps seemed to be paying at least lip-service to geography (as Mr Beck’s creation and the zillions of imitations it spawned do not) I decided this warranted investigation to see whether these two stations really were close enough together to be considered an effective interchange. Google Maps today yielded the following… 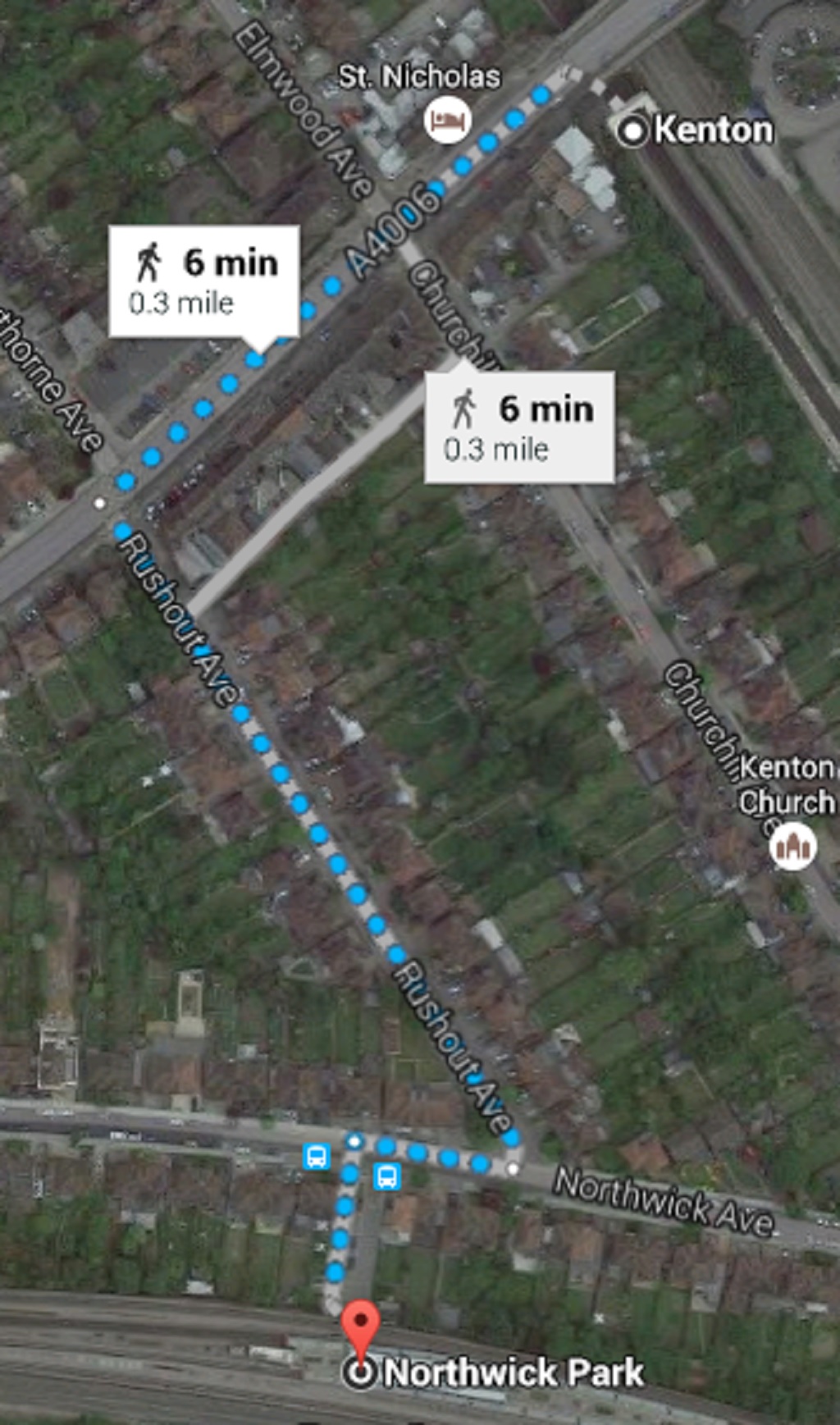 Given Google Maps’ habitual over-estimation of walking times I would say that this constitutes prima facie evidence that indeed Kenton-Northwick Park and vice versa does deserve to be considered a genuine interchange. I have put Kenton first in this suggestion because I could see a situation where if you lived significantly north of Baker Street on the Bakerloo and needed to travel somewhere on the outer reaches of the Metropolitan a short walk from Kenton to Northwick Park would save time on travelling away from destination and then back towards it (even allowing for the possibility of a second change at Harrow-on-the-Hill, since Amersham services do not stop at Northwick Park).

SIGNIFICANT PLACES IN THE AREA

There are just two places worthy of individual mention in this area, and I append links to their respective websites below: