Although this station is on the original section of the Piccadilly line which opened in 1906 Covent Garden did not open until 1907. The reason for this omission is that it is actually a mere 0.16 miles (0.26 km) from Leicester Square, the shortest distance between any two stations on the same line anywhere on the system (this distinction is there for situations such as Euston Square and Warren Street which are round the corner from one another). However, in spite of the proximity of Leicester Square, Covent Garden does have enough to offer to justify having its own station, as the rest of this post will endeavour to show. Here are some map pictures showing the crowded nature of the area:

Dealing with these in the order above, Covent Garden is home to the English National Opera. Covent Garden Market is very famous, and more information is available at their website. Finally in this section, just down the road from Covent Garden station is Stanford’s, the map dealers. If you are going to find a map anywhere, Stanford’s will have it.

Covent Garden is in the heart of Theatreland. In addition to the information in the website to which I have just linked, there is a walk (no 3 to be precise) in “100 Walks In Greater London” which takes in theatreland, and a century ago a map was produced combining London Underground and Theatreland… 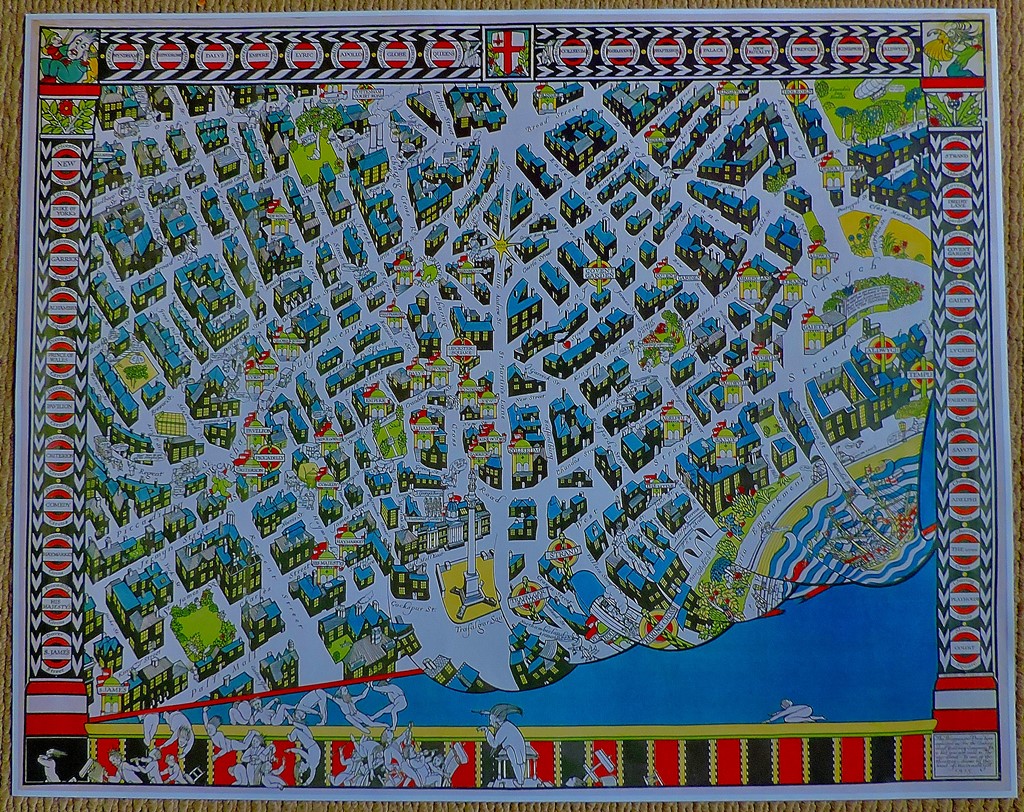 I have, of course, saved Covent Garden’s most important attraction until last: it is here that you will find the London Transport Museum. This is an absolute treasure house for anyone interested in London Transport. You can explore old rolling stock, look at maps and much else besides. As this shows, the enthusiasm is mutual:

It is a little tenuous but I cannot miss this opportunity to mention one of my favourite writers, Edward Marston. His series set in the Restoration period (a couple of centuries before London Underground – but his Railway Detective series needs only to move forward five more years to overlap with the beginning of London Undeground) features Christopher Redmayne as its leading character, and his errant brother Henry lives at Covent Garden.